Gears Of War 2 Xbox 360 and Xbox One New Sealed 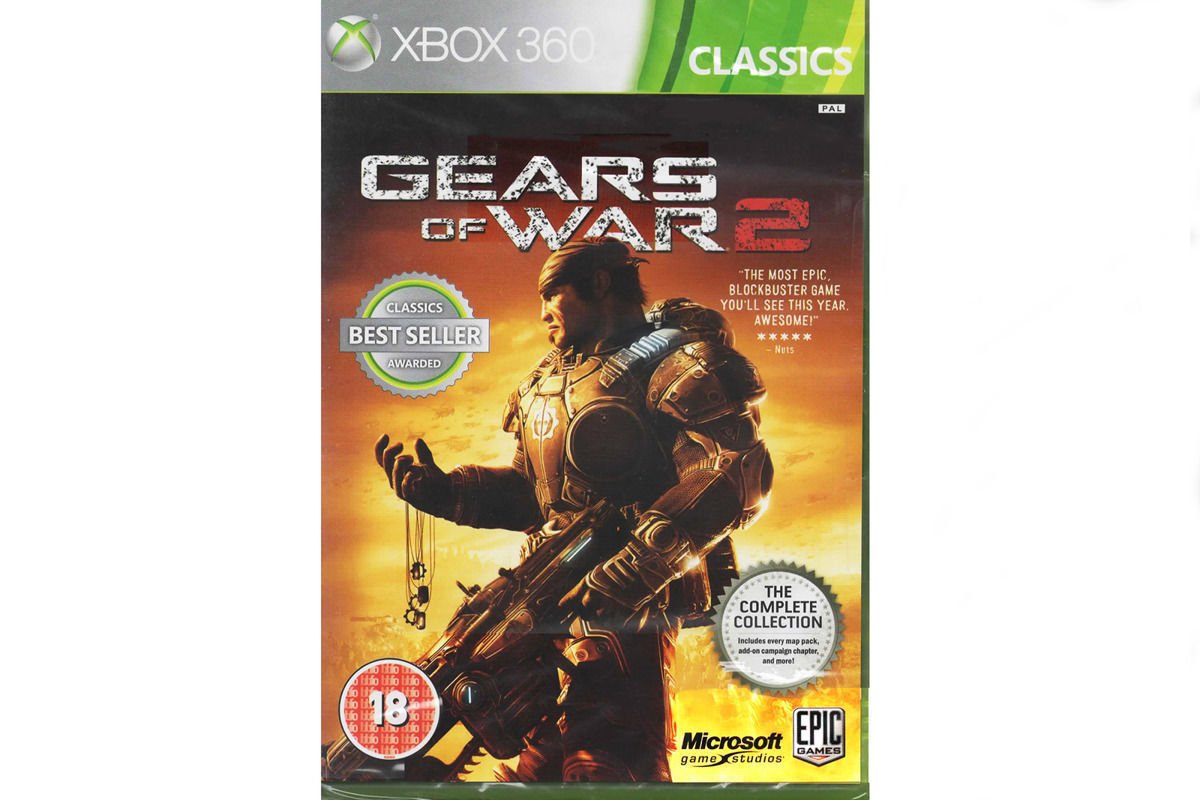 Winter approaches. War rages on. Entire cities are sinking, swallowed by a new threat from below. Soon humanity will have nothing left to defend. Only one option remains: an all-out attack on the Locust Horde.• HD Gaming’s New StandardInnovative controls and unmatched intensity made Gears of War® one of the best-selling Xbox 360® games ever. Breakthrough advances in Unreal® Engine 3 raise the bar again.

A Blockbuster ExperienceUse enemies as shields, fight chainsaw duels, and discover new monsters, weapons, and vehicles in an emotional campaign of loss and retribution.

Explosive Xbox LIVE® PlayThe most visceral online shooter gets even better with a new party system, more co-op modes, and TrueSkill(TM) matchmaking.(Online Interactions Not Rated by the ESRB)

Item is refurbished by manufacturer, which means it comes from returns or similar. Refurbished products are fully tested for functionality and defects before they are sold. Item has 6-month seller's warranty.